Toghether with the Picboard release, we have decided to conclude the development of Ninterserial (who follow our repository could know this newness before), a program toward developers has that by main objective to perform serial stream with electronic devices through UART, using RS232 protocol.

With similar functions of Ninterbt, the Ninterserial can be called as twin of Ninterbt with different platforms support, once it has been developed for Windows and will communicate through COM ports (from 0 till 255).

As Ninterserial has been launched recently, the help content of our support centre is under development, but is has a simple and minimalist interface, becoming its use extremely uncomplicated. 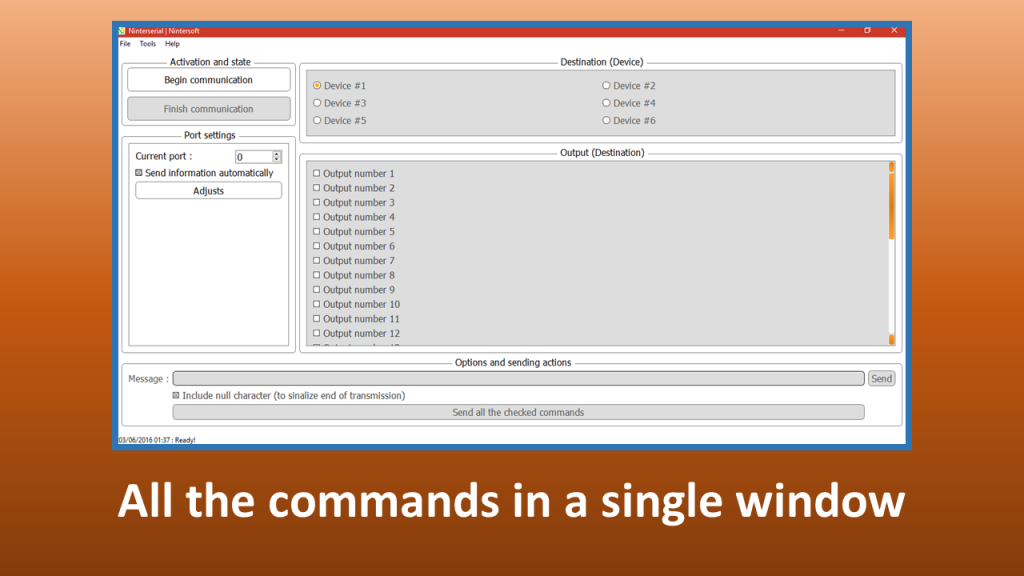 Beyound all, it is totally open source code and is already using the new visual library which is also open source!

Have a look in the program: Ninterserial.

Register For This Site

We use cookies on our website to give you the most relevant experience by remembering your preferences and repeat visits. By clicking “Accept All”, you consent to the use of ALL the cookies. However, you may visit "Cookie Settings" to provide a controlled consent.
Cookie SettingsAccept All
Manage consent

This website uses cookies to improve your experience while you navigate through the website. Out of these, the cookies that are categorized as necessary are stored on your browser as they are essential for the working of basic functionalities of the website. We also use third-party cookies that help us analyze and understand how you use this website. These cookies will be stored in your browser only with your consent. You also have the option to opt-out of these cookies. But opting out of some of these cookies may affect your browsing experience.
SAVE & ACCEPT
Loading Comments...